This wiki is entirely built by players.

Let’s have a first look at the patch notes for 1.9

Wind marches are promising as a counter to Holy marches, since Qin’s wounds negates dragon and Theo heal, while the element has access to top tier physical damage from Saladin, Hannibal, and now Atalanta.

Seondeok is a VERY important release. With her out on the field, Fire marches can finally complete a setup in a viable manner.

This release is very similar to Atalanta, in the sense that it allows fire element marches to finally max out on physical damage and compete in the physical meta resulting from patch 1.8 attribute releases. Fire already has a nice damage setup with William’s crit buff and Hippo’s amazing damage output, and with Seondeok on the backlines next to Wu the damage will be off the charts!

Especially with the new passives being released in patch 1.9. Have a look further down, these look amazing for Hippo and Wu!

After reaching Season 2, there will be even more ways to enhance artifacts. Artifact empowerment is divided into a Bronze Stage, Silver Stage, and Gold Stage.

1. When your server reaches Season 2, a new Artifact Empowerment tab will be added to the Forge. Smelted artifacts start at the Bronze Stage by default and can be empowered to Silver Stage.

2. When your server reaches the Conquest Season, artifacts can be empowered to Gold Stage.

Artifacts can be empowered after reaching max level (Level 15).

Version 1.9 comes with two types of empowerment materials which are used to unlock the Silver Stage and Gold Stage respectively.

Check the Calendar and the Special Bundles regularly so you can obtain empowerment materials.

Artifacts will be getting an additional upgrade path. Besides leveling and developing artifacts, we must now also boost their “Stage value”.

The impact on the game is hard to predict as we do not know any stat yields from these stage upgrades – but we are 100% going to need more crafting materials from events and bundles in the store.

This might be strong if the damage rate is high enough – who knows..

BIG ONE! This has a high proc chance, hence likely to be steady damage. With a high active skill usage, this skill could be an absolute MONSTER on Immortals like Hippolytta sporting Burst/DB = DB procs and almost 0 downtime between her Ultimate Ability casts from Burst energy regen.

With a good damage modifier on this passive it can be very strong. I especially eye the physical defense debuff. We are beginning to see a lot of these from water with the change to Atilla in 1.8. I can envision a water march performing very well in the physical damage meta by relying on Herald, Atilla and now Smite to amplify physical damage much higher than any other march.

BIG ONE! We have allready seen Casters like Merlin and Wu perform insanely well with a combination of Concentration, Annihilation and Chase. How we are throwing in another AOE magic attack, and more importantly another magical defense debuff!

Revival of the double mage backline? I have personally loved running fire with Wu, Baldwin as the backlines – but the power of magic declined so hard in 1.8 that it is no longer viable. However, this might chance everything for my fire march!

Combining Baldwins’ magic defense debuff from his Ultimate Ability with the debuff from Spell Disintegrator could be the key to a powerful magic-centric march viable in spite of the magic defense buffs of 1.8. Spell Disintegrator procs on a 3 sec timer, meaning it will proc debuff on the enemy BEFORE Baldwin and Wu attacks. If you run Baldwin with either Adrenaline Rush or Burst, you can ensure that WU’s massive Ultimate Ability hits up to 3 targets all afflicted with 2x magic defense debuffs!

Passives will now be restricted to Immortal types

This is a big chance – and could pose disruption on a massive scale… let’s hope not!

All passive abilities will with patch 1.9 be either:
Type 1: Unrestricted, availble to equip on any Immortal.
Type 2: Restricted, only available to specific Immortals based on their positioning.
I.e. Defense, Attack, Ranged, Caster, and Support.

I sincerely hope ALL pre 1.8 passives will be classified as Type 1 “unrestricted” to spare everyone the horror of having maxed passive sets just to have them unusable.

In total sum, this is a restriction on how to play the game, and I am not a fan – I believe players should have the freedom to theory craft marches and passive combinations freely.

Two of these balance adjustments catches the eye, Sniper and Berserk. Yet I shall include them all in case I missed something you find valuable.

Sniper’s damage potential looked good even before patch 1.9 – now, it is one of the passives I look most forward to test out on my physical marches.

BIG NERF! Berserker has gone from being one of the absolute best new passives out there to looking quite poor. I am still interested in seeing how it performs, but I will definetly not be rushing this passive now – as was otherwise my intention. 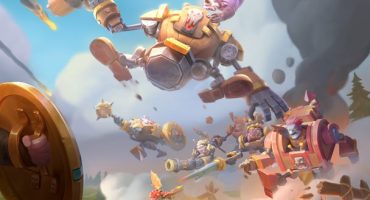 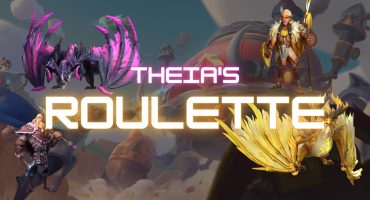 Do you want to max out one or more Holy or Shadow Immor... 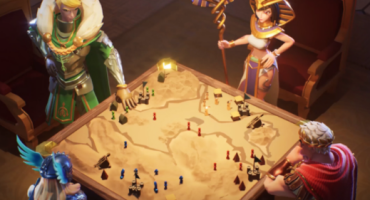